I’m fascinated by contradictions in the bible. Because of that I’ve decided to create a sub-section on this blog titled Bible Contradictions. The first is below, which addresses the question “Does god lie?” The answer is unclear. 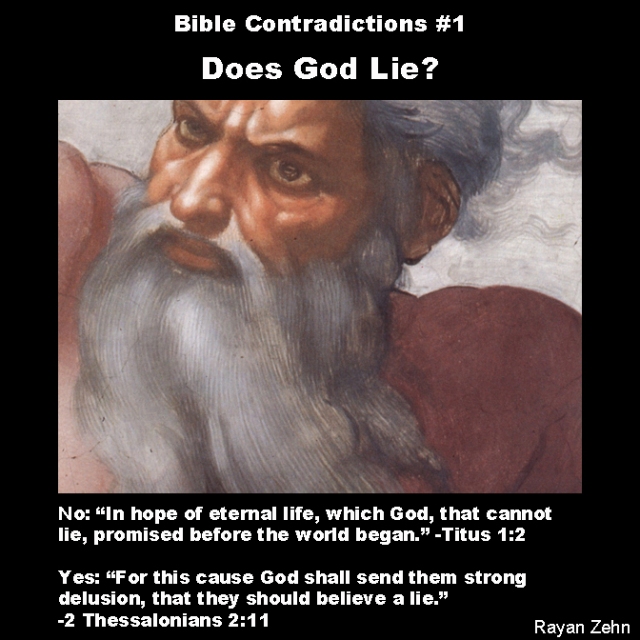