Shortly after last month’s terror attacks in Paris, I noticed a massive surge in views on my page. Beginning on 14 November until the present my post New Isis Flag Unveiled has been the most popular article on this site, sometimes by a daily aggregate factor of five. And holy shit, wouldn’t you know it? So popular is that article that the image I produced for it is the number two image on google images when you type “ISIS Flag” into the google search bar, beaten only by an image of the actual Islamic State flag. 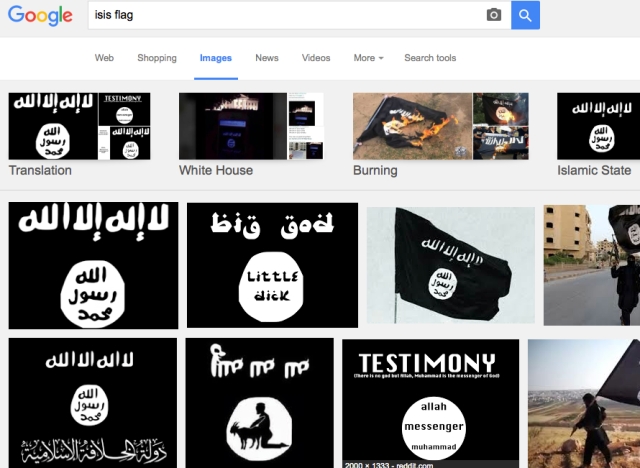 This post is not to brag. Instead it’s to say good on my readers! Good on the people who click on the image, sending metadata to google to boost it on their list. Good on google for not censoring the image. Good on everyone who has a good sense of humor even when having one can sometimes be the unpopular thing to do.

Also note the image directly beneath mine. While that image is rather racist, it’s good to see people poking fun at the Islamic State without fear of some moral backlash.