Can I be an atheist in Lebanon?

The International Humanist and Ethical union released an interactive map showing that in Lebanon atheists face “severe discrimination” and prison time for blasphemy. Maybe this is true, but hopefully not.

I lived for a time off of Makdessi Street in Hamra in Beirut, Lebanon. I was open about my atheism in Lebanon, even identifying myself as an atheist on official Lebanese government forms. In fact, I found the Lebanese people were either atheists themselves or completely non-judgmental about atheists. Lebanon has been fractured along sectarian lines for decades, maybe longer, and it came as no surprise to me that many would view atheism as an acceptable alternative to religion.

Unfortunately, Lebanon has a far way to go. In 2007 a Gallup Poll was conducted that suggests that 86% of the Lebanese people think that religion is an important part of their lives, which is higher than Texas (see link)! 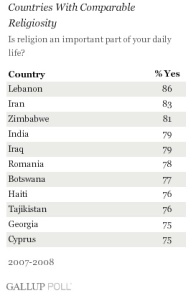 I would hypothesize, however, that this number would drop significantly if the question was “Is god an important part of your daily life?”

I rarely–if ever–heard about god in Lebanon. No one spoke about god; they spoke about religion. Even when I was stopped by the police because I was drunk and staggering around at 4:00 AM, the police first asked my last name, then my religion. I would say atheist. They would then ask for my parents’ religion. It had nothing to do with god; the police wanted to place me in a predetermined category.

In other words, while religion is important to the Lebanese, god is not necessarily important.

Indeed, I wandered over to a facebook page called the Atheist Society of Lebanon. The first thing I noticed is that a lot of my friends have liked the page. Also of note is Lebanon’s robust secular movement, made up of young people from all three religions. 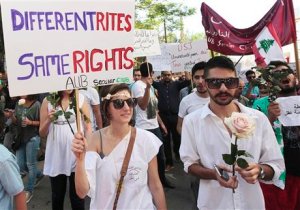 There is also a barebones website called Lebanese Atheists, which claims “YES! WE DO EXIST.” 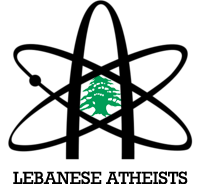 To conclude this ramble, while atheism might be discriminated against in Lebanon, I saw none of it. Secularism and atheism, from my experience, seem to be on the rise in this tiny Middle Eastern country. I expect to continue to see this rise.

Now if only Hezbollah can get on board!

6 Responses to Can I be an atheist in Lebanon?