Bible Contradictions #19: Who was Heman’s father? 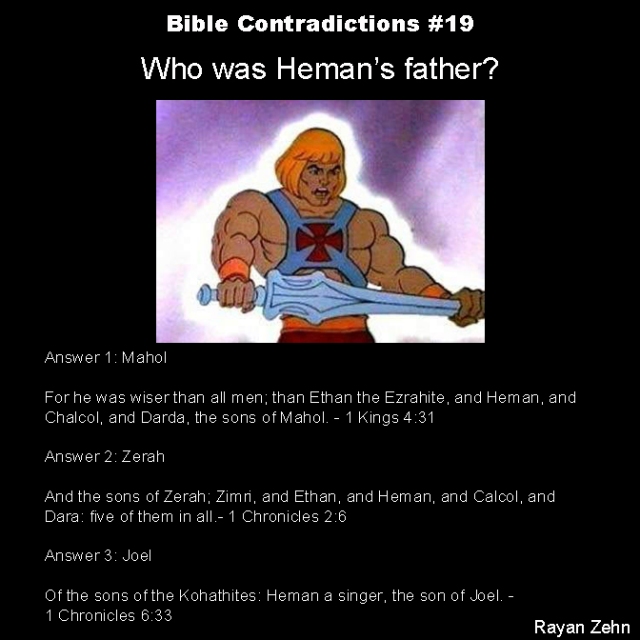 Heman is not an extraordinary character in the bible. He appears to be nothing more than a struggling street musician who penned a depressingly dark one hit wonder called Psalm 88. Indeed, Heman is quite obscure. A quick look to BibleGateway shows Heman only being mentioned 16 times between four books (including his own).

So obscure is Heman that it should come as no surprise that the bible can’t keep track of who his father is. In 1 Kings 4:31 his father is Mahol. In 1 Chronicles 2:6 it’s Zerah. And finally, in 1 Chronicles 6:33 and 1 Chronicles 15:17 (the same book in which Zerah’s mentioned) daddy becomes Joel.

The editors of the bible must not have thought very highly of the bible if they didn’t bother to check this stuff.

This contradiction also appears in my video:

4 Responses to Bible Contradictions #19: Who was Heman’s father?