Bible Contradictions #24: Is it ok to have a census? 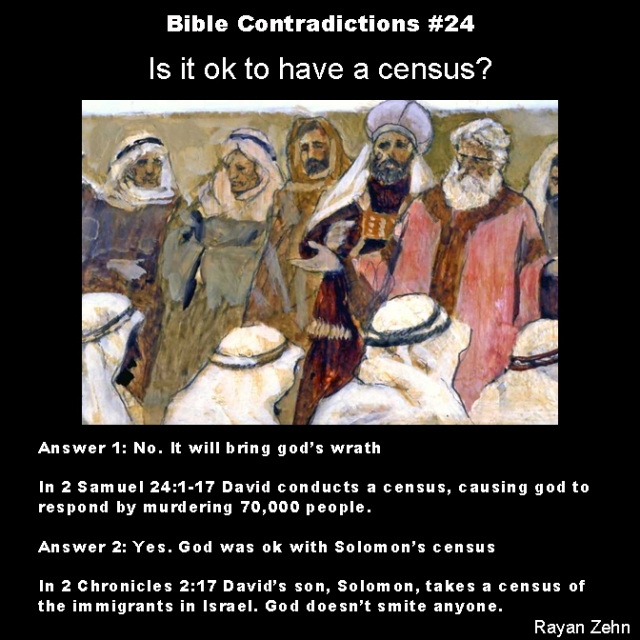 In the bible god seems a bit wishy washy when it comes to the census. David took a census and god got pretty angry by any standards. He murdered 70,000 people.

But when his son Solomon took a census of immigrants to Israel, god gave his implied approval by not murdering 70,000 people.

If god exists it must be either number 1 or 2 because every state, regime, military, church, employee roster, and every other social institution have some form of a census. And yet, God has not said a word!

1 Response to Bible Contradictions #24: Is it ok to have a census?