Bible Contradictions #36: Does everyone have to die? 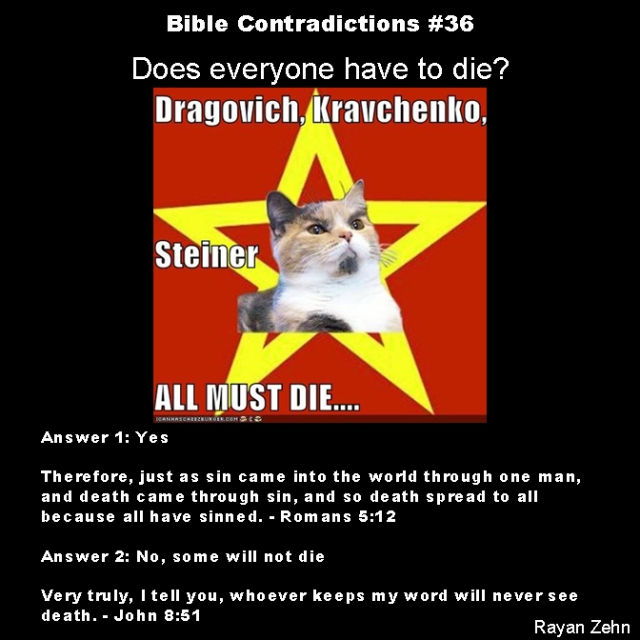 Death is an absolute. There’s nothing we can do to stop our march towards the grave. What happens after that is unknown (and therefore not worthy of debate). But when we look to the bible we see an apparent uncertainty that would baffle the mind of any reasonable person.

Then we have the other verses about death. John 8:51, John 11:26, Hebrews 7:1-3, and Hebrews 11:5 show us that not everyone will see death. Indeed, one king from thousands of years ago is still alive and walking around the earth. These verses are interpreted as dealing more with spirituality than physicality. This is what the apologists will tell you. Of course, they can’t prove it because the bible doesn’t explain death in any terms other than the physical.

But besides, the ancient king and Enoch had no physical death. Even if we agree that John is about spiritual death and not physical death, what about the verses in Hebrews and Genesis? There is no way to interpret those as physical deaths because one man had his physical body taken to heaven, and the other man is still alive.

7 Responses to Bible Contradictions #36: Does everyone have to die?