An alternative to secular Christmas music: That Detroit Soul!

It’s that time of year again when ex-Christian non-believers must accept the shackles of their former religious upbringings. While December 25 — to us — is just another day on the calendar, no more worthy of special treatment than December 26, the social contract written by religion but enforced by family compels us to spend our hard-earned cash on trivial gifts for family members who may or may not deserve them, invest in gaudy wrapping paper, make our travel (and timely escape) plans, and come up with polite ways to avoid the topic of baby Jesus. But it’s not all bad. There’s a secret many of us keep. I want to shed some light on that secret. Personally, I’m always up front about it, and when I am, others will, too, confess their guilty pleasure.

Perhaps that’s the reason Bing Crosby is a staple, while Josh Groban’s Christmas album will most likely be completely forgotten in ten years.

My original plan for this post was to offer non-believers a list of secular Christmas songs, but to be honest, I even enjoy the religious tracks. While Googling around for secular Christmas songs I came across scores of bloggers who’d beaten me to the punch. If you’re looking for secular songs to play on Christmas, Google will not disappoint you. But why do they need to be secular? Who cares what the lyrics are about? In my humble opinion melody, rhythm, vocal cadence, and instrumentation far exceed the importance of lyrical content. So I did a different Google search and found something incredible: Detroit Soul. 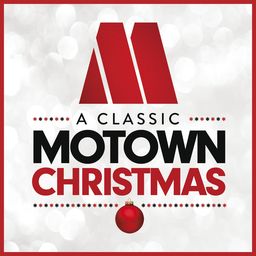 The above album is just one of many Motown Christmas records put out over the years, and they’re all available on iTunes and Spotify (albums in links), etc. I clicked through several of the songs and, just as I indicated above, these recordings more accurately reflect the mood of Motown than the mood of Christmas. Unfortunately, just as I predict with Josh Groban, these recordings have largely been lost in Crosby’s shadow. So why not pull them out this Christmas and surprise your family with the tradition of “Joy to the World” with all the soul of the Supremes!

Happy holidays, everyone. I’ll be back after I do this family thing. Until then, alcohol. Lots and lots of alcohol.