These murderers are now in heaven; many of their victims are in hell

If you buy the heaven myth, then you gotta buy the whole myth. Even serial killers get a ticket to heaven if they meet the following requisites: accept Jesus as your lord and savior and ask forgiveness for your sins. That said, I’d like to point out a list of people who committed horrible crimes but are now enjoying eternity in bliss…according to the Christian religion. Many of their victims, on the other hand, are burning in hell. 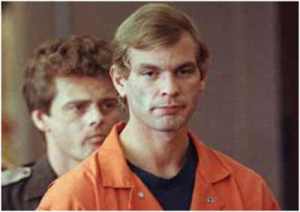 This serial killer was responsible for the deaths of at least 17 people, many of whom were minors. A cannibal, necrophile, and all-around weirdo, Dahmer spent his time in prison being saved, being baptized, converting to Christianity and ministering to his fellow inmates. He was murdered by a mentally unstable man in 1994. What makes Dahmer’s case so interesting is that, while Christian teachings have us believe that he is in heaven, almost all of his victims died during homosexual encounters. Therefore, if Christians are right, Dahmer’s sitting up there in heaven enjoying the finest things in the afterlife, but his victims are burning in hell. I wonder how many Christians ever bothered to consider this. 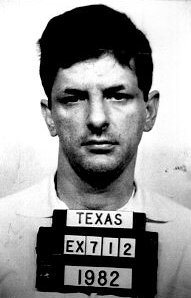 Brutally murdered as many as 30 victims. His final potential victim survived after convincing Morin to convert to Christianity. He was executed in 1985, but just prior to his death he asked Jesus for forgiveness and gave himself to Jesus, thus securing his spot next to god. 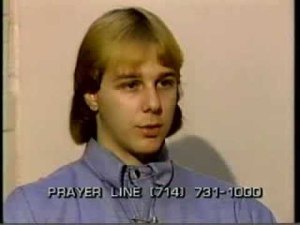 This one’s debated, but when Sellers was 17 this confessed satanist murdered his parents as they slept. He was sentenced to death row, where he converted to Christianity. Just before his execution he sang a Christian hymn, thus riding the stairway to heaven. 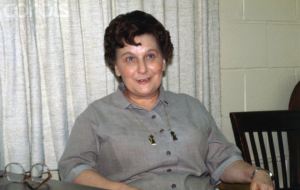 This lovely lady, Velma Barfield, was convicted of one murder, but evidence suggests that she killed six, including her own mother, two husbands, a boyfriend, and a couple of elderly folk. She was arrested and sentenced to death. During her time on death row, she converted to Christianity and led prison prayer meetings. Upon her execution the Reverend Billy Graham sang praise for Barfield’s model of a good Christian. Billy Graham will be in good company in heaven we he departs this world. 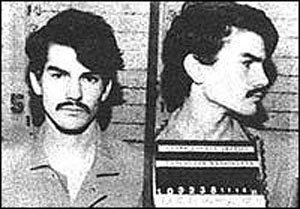 Dodd murdered and raped three young children, one as young as four. When he was captured he felt remorse and begged to receive the death penalty to ensure that he never hurt anyone again. The state complied and he was executed in 1993. In prison he converted to Christianity. His last words were, “I was once asked by somebody, I don’t remember who, if there was any way sex offenders could be stopped. I said, ‘No.’ I was wrong. I was wrong when I said there was no hope, no peace. There is hope. There is peace. I found both in the Lord, Jesus Christ. Look to the Lord, and you will find peace.” These days he’s frolicking in heavenly fields with his murder victims. 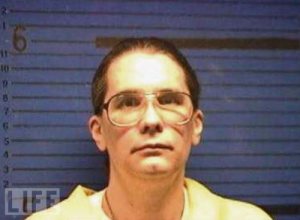 Michael Ross raped and murdered eight women from 1981 to 1984. In prison he converted to Catholicism and counseled other inmates. He felt extreme remorse for his crimes, and sought to expedite his execution, even though it took 18 years. His decision was twofold: First to provide closure to the families of his victims, and second, to return to god. And that’s where Ross is now, with god. He was finally executed in 2005, spending his final days in deep prayer. 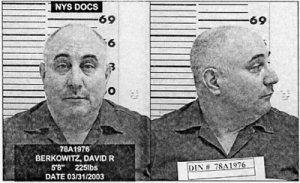 Berkowitz, the Son of Sam, is still alive (as of this writing). But during the 1970s he was a prolific serial killer. His final body count stands at six dead and seven wounded. He blamed demon possession for his actions. Nevertheless, he was given a life sentence for each of his victims. One day while reading the bible with a fellow inmate, Berkowitz had a sudden conversion to Christianity. His faith led him to refuse parole even though he’s eligible under New York laws. These days he writes books and essays expressing hope through Jesus. While Berkowitz has a fairly good chance at getting admission through the pearly gates, some of his victims do not. They were shot while having premarital rendezvous, you know, a sin according to Christians.

Finally, Karla Faye Tucker murdered two people in Texas with a pickaxe, claiming to have experienced orgasms after each blow. She was arrested and sentenced to death. During her incarceration, she converted to Christianity. Her deep spiritual conversion led several prominent figures, including the Blessed Pope John Paul II to beg for her life to be spared. The state even received pleas from the brother of one of her victims. This was to no avail, and she was executed. Her last statement contained apologies to the victims’ families, a prayer to Jesus, and a promise to see her loved ones again in heaven–all those things necessary to actually get to heaven. One of her victims, however, was a wife beater and possible drug addict, none of which correlate with being on god’s good side. Thus, she’s in heaven, and her victim in hell.

Christians would have us believe that no matter how awful our crimes are, we still have an opportunity to go to heaven, even if we’ve stolen that opportunity from our victims. If one is murdered during the throes of sin, one is damned, or so the Christians would say. But their murderers get to heaven by default, as long as they repent and accept Jesus.

This has even more horrible implications for rape victims. A person is raped, their rapist is caught, and he finds salvation through Christ. His victim, on the other hand, is unable to cope with the trauma and commits suicide. The victim goes to hell by no fault of their own, while the rapist goes to heaven. I ask again: Do Christians even bother to consider these major ethical problems with their god?

NOTE: This was originally posted on one of my other blogs, but since I’ve created this one specifically to handle atheist-themed posts, I decided to repost it here.

22 Responses to These murderers are now in heaven; many of their victims are in hell